The CoreIP Executive Team combines over 100 years of legal, business process, technology, and project management disciplines. Expertise is equally spread between India and the U.S. This multi-discipline expertise in India and the U.S. allows CoreIP to provide more comprehensive solutions and oversight than standard service firms. 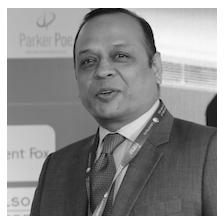 Prior to founding GIIP and CoreIP, Atulya founded (1998) ASAP Solutions India and co-founded ASAP Solutions USA (1999) and ASAP Solutions Singapore (2000). ASAP Solutions was an IT Solutions company that specialized in SAP Implementation and ITeS to a global customer base. Atulya was responsible for the overall management of ASAP’s Advanced Development Center in India along with Marketing and Business Development for India and Asia Pacific region. In October 2004, ASAP Solutions sold its IT Software Services business to MindTree Consulting Pvt. Ltd., Bangalore, India.

Earlier in his career, spent significant time at Polaris Software (formerly known as Nucleus Software (P) Ltd.) and was part of the team involved in building core banking products for CitiBank, NA.

Atulya has a Master’s degree in Computer Applications from M.S. University, Baroda, India and Bachelor of Science in Physics from Delhi University, India. 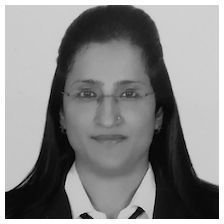 Bhavya brings more than 14 years of extensive experience in the intellectual property space. She holds M.Sc. in Computer Science from Delhi University India and an LLB from CCS Meerut India.

Prior to joining CoreIP, she taught US Patent Law to a large number of Scientists and Engineers at the Global Institute of Intellectual Property (GIIP) and Computer Science to graduate and post-graduate students at the Delhi University. 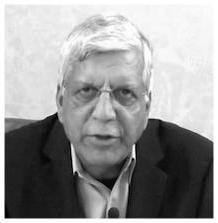 Advisor and Board Member

He is a co-founder of The Indus Entrepreneurs (http://www.tie.org/), a prominent global organization of entrepreneurs. He served as the President of TiE Silicon Valley and Vice Chairman of TiE Global from 2001 through 2004. Mr. Joshi co-founded American India Foundation (http://www.aifoundation.org/) in conjunction with a group of Indo-Americans and former President Clinton, and also served as AIF’s first President in 2001. He, along with Mr. Kumar Malavalli launched the Digital Equalizer (DE) program of AIF for the computer education of the underprivileged.

Mr. Joshi started his career on the Cornell University faculty and had an accomplished career at IBM that spanned 23 years. He was the General Manager of IBM Lexington, KY (now Lexmark, NYSE: LXK). He was also responsible for IBM’s reentry in to India in 1991, with the formation of TISL. After taking early retirement from IBM, Mr. Joshi moved to and has been engaged with small technology companies in different capacities. He edited the popular book “Essentials of Entrepreneurship”, a John Wiley publication, that serves both teachers and students of entrepreneurship in many countries.

Mr. Joshi holds a B.E. degree with distinction from Indian institute of Science, Bangalore, an M.S. degree from Washington State University, and a Ph. D. degree from Cornell university. In October 2005 Kailash was awarded an Honorary Doctor of Science degree of HNB Garhwal University at a special convocation presided by President of India, Hon. Abdul Kalam, for his contributions to entrepreneurship and Information Technology. 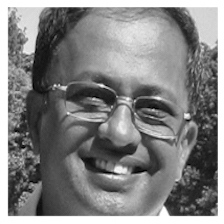 Advisor and Board Member

Jerry is the Executive Chairman and Director at VBHC Value Homes, India’s premier national housing company. He was also the Founder, Chairman and Managing Director of Mphasis during which time he was awarded the Ernst & Young Entrepreneur of the Year Award twice in 2001 & 2004, and the Karnataka State Rajyothsava Award in 2005. In the past, Jerry has served as chairman of NASSCOM. He was with the Citicorp for 20 years in various capacities, including the Head of Citibank where he was primarily responsible for building one of the bank’s Asian retail and credit card franchises, apart from working in various parts of the world.

He has been an entrepreneur-in-residence at the Harvard Business School and lecturer at IIT, Bombay.

He is on the Board of Trustees of the India Foundation of the Arts and of Sujaya Foundation.